Perestroika in the USSR

Perestroika in the USSR lasted only a few years from 1985 to 1991, but has remained in history as a complex, multifaceted and widely discussed period. Politicians, economists, and commoners discuss Perestroika emotionally and diligently. Moreover, after reading the books of key figures of Perestroika, E.K. Ligachev and A.N. Yakovlev, one might get the impression that they have written their memoirs about completely different historical events. 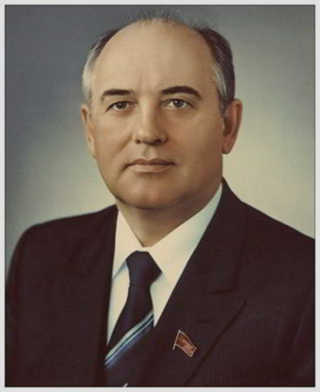 However, apart from the politics, the era of Perestroika in the USSR is also known as era of new everyday and social phenomena. After all, at that time, people who lived then in the USSR also went to the cinema, fell in love, read their favorite books and magazines. From all these phenomena, in sum, the very phenomenon of "perestroika" was formed.

In addition, it is important to note that the Gorbachev era is a subject of study not only of historical science. For example, when we talk about the reasons for perestroika and the level of its support, we cannot do without the methods of sociology. It is also obvious that many reforms of this time simply need to be viewed through the prism of economics. Finally, global concepts such as "Convergence" and "New thinking" bring us closer to the subject of philosophy and humanitarian thought in general.

Creating this site, I didn't try to make an unambiguous historical verdict to this eventful and really complicated historical period. Much more interesting for me was idea to collect separate "puzzles", fragments connected to the Perestroika. Moreover, we have at our disposal a large number of historical sources: from memoirs to documentary videos. The "recentness" of the Perestroika give us such a large number of such sources.

I hope that in the materials of this site the reader would find a relevant answer to many questions related to the era of Perestroika.