Rock in the USSR

In order to understand perestroika rock as a phenomenon, it is necessary to review the history of rock in the USSR generally, because the rock of the Perestroika era is based on previous Soviet music eras.

Rock is believed to be derived from rock and roll that emerged in the United States in the mid-1950s. Rock and roll, in turn, was a mixture of African-American blues and white country country music. The hallmarks of rock and roll were rhythm, dance, and the ability to improvise.

In the 1960s, the Beatles added European melody to North American rock and roll, and then rock started. In addition, it was the Beatles who popularized the band's performance format - before that, there were usually solo performers such as Frank Sinatra, etc.

It is also important to note that the case of the Beatles made it clear that music could be written without having a classical music education. It was a key point in the music industry. Thus, it is believed that the birth of rock in the West took place in the 60s. 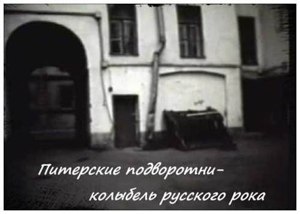 In the USSR, the circumstances were different. For a long time, rock was considered in the USSR as an ideologically wrong phenomenon of the ``decaying West.'' Even the classic Beatles were honored in Soviet newspapers with the titles "dung beetles". Perhaps the only echo of rock and roll that leaked into the USSR on a legal basis was the twist dance, the teaching of which is even captured in the `` Prisoner of the Caucasus. ''

But officialdom and real life in the USSR differed from each other. The first rock bands appeared in the USSR back in the 60s. According to the well-known music critic Artemy Troitsky, the first Soviet rock group was the Riga Revengers, which began playing back in 1961.

In general, the Soviet Baltic was a pioneer in the field of combining rock and conditions of socialism. In the same years, the "Juniors" ensemble was created in Estonia under the leadership of Tomas Kõrvits. By the way, according to the recollections of Kirvits himself, the idea of creating the group was inspired by watching Finnish television, which the inhabitants of the Estonian SSR somehow managed to watch.

It is widely known that X-rays were used as semi-legal plates in the USSR. In turn, bass guitars were made from ordinary Czech electric guitars by installing piano strings on them. (due to the stiffness of such strings, the fingers had to be wrapped with electrical tape).

Often connoisseurs of Western "Mouzon" did not even know the authors of the music `` on the bones '' since there were no labels on them. There were also civilized `` Western records '' brought to the USSR by citizens who worked abroad, although the cost of these records varied from 30 to 80 rubles. (despite the fact that the monthly salary of an engineer was in the region of 140 rubles, the scholarship was 30-40 rubles) It was especially chic to get notes of rock hits from abroad.

It was this overseas origin that pushed the first rock bands to simply copy the West. It will take some time before it becomes fashionable and relevant to write texts in Russian. And over time, it is the sharpness of the lyrics that will become the hallmark of Russian rock.

It is in Soviet and later Russian rock that words are more important than rhythm. What is the reason for this? - the question is quite complex and multifaceted. On the one hand, this is, of course, the legacy of songwriters - Vladimir Vysotsky `` wheezed '' from every Soviet window in the 60s-70s.

On the other hand, the music was influenced by a certain backwardness of the USSR in the musical and technical sphere. In all the jokes about the Soviet diesel synthesizer was its share of truth. 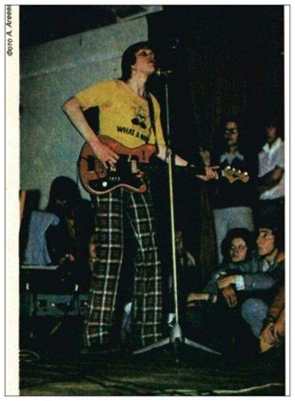 The Seventies is the time of the folding of Soviet rock culture, the time of clandestine recording and re-recording studios, nightly "sessions" in small Moscow and Leningrad recreation centers.

In 1978, a rock festival was held in Chernogolovka (a town near Moscow). Groups from all Soviet Union (except Leningrad) took part in this festival. However, an attempt to organize `` Chernogolovka-2 '' was failed, but nevertheless an improvised concert, which took place instead of an uncomplicated festival, became the first loud appearance of "Aquarium" 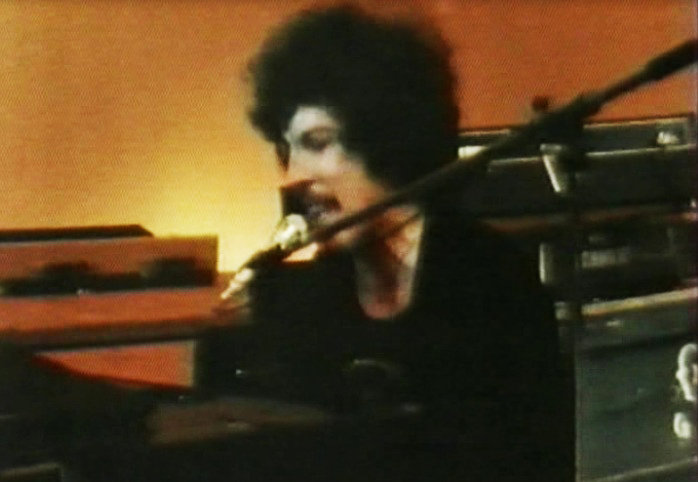 The all-Union rock festival in Tbilisi in March 1980 became a harbinger of turbulent events at the end of the decade, at its beginning. At its core, of course, it was something unthinkable. And although the name of the festival was innocent in the Soviet way `` Spring Rhythms '', it was of colossal significance. The festival has even been compared to American Woodstock.

The jury awarded the first place to the Moscow "Time Machine" and the Estonian Magnetic Band. It's funny that Aquarium at that festival he was disqualified for `` inappropriate behavior on stage. '' (BG thought of going on stage with the guitar, which was interpreted ambiguously). According to the results of the festival, by the Melodiya firm a record was even released with some songs. 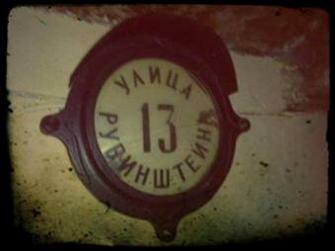 Of course, the question arises about the reasons for such an unprecedented ideological generosity of the Soviet regime? There are different points of view on this matter. Someone believes that such liberalization is justified by the impending Olympics - 80, and someone believes that it was a cunning move by the KGB, who decided in this way to create something like a database containing all the little-known rockers and those close to them. In any case, it was an important milestone in the history of Soviet rock.

Although, of course, there were levels in the 80s rock underground. There were also such informal groups that even the barely opened opportunity to perform on stage did not promise them any changes. They existed semi-mythical, from home to home. For example, there was a group called `` Vladimir Ilyich Lenin '', which, according to legend, consisted of four people who were branded as the leader of the world proletariat.

Of course, the concerts of such groups were only for their own, and in the case of recording on tape, the names of the authors were not announced. By the way, it was in the 80s that the so-called `` magizdat '' (rewriting cassettes), expanded the audience of rock listeners purely technically, since rewriting tapes was much easier than copying previously existing babies.

And of course, the rock history of the 80s is unthinkable without the opening of the Leningrad rock club. This significant event took place in March 1981. It is here, at 13 Rubinstein Street, that the stars of perestroika rock will be formed. Here the KINO group made its first steps ...

Perestroika actually legalized rock in the USSR. Everything that was formed in the previous, described years simply became reality. Officials and Komsomol workers, who had recently been at enmity at the behest of rockers, have now become co-organizers of official concerts and festivals. For example, the city committee of the Komsomol of the city of Moscow organized a four-day festival `` Rock Panorama - 86 ''. Instead of underground recording studios, cooperative studios appear.

Further, more, in 1987, youth cultural centers (MCC) appeared in Leningrad, which, like the LRK (Leningrad Rock Club), become platforms for young bands. The legalization of rock, increased the audience of listeners, which in turn had a strong impact on the appearance of rockers. The groups began to look for their own style in clothes, hairstyles. A system of stage movements was developed, a common language was established with light music and smoke machines. 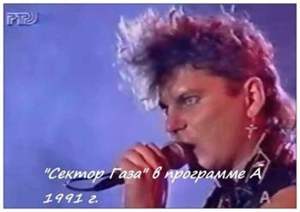 Speaking about perestroika rock, it is necessary to take into account the changed rules of the Soviet media, and above all television. Perestroika television provided musicians with access to a multi-million audience and made 80s rock recognizable. Appearance in the programs `` Musical Ring '' and & quot; Program A & quot; essentially meant recognition.

During perestroika, unprecedented foreign tours begin, and not only to the countries of the socialist camp. Although sometimes the opportunity to tour was negatively reflected in the work of rock bands. Endless performances kept studio work to a minimum, making the repertoire virtually non-renewable.

Perestroika rock, this is no longer a house with port wine and not half-dark nightlife recreation centers, perestroika rock is already a massive stage performance. The pinnacle of this can be called the last concert of the KINO group in Luzhniki on June 24, 1990, on the occasion of which the bowl of fire of the 1980 Olympics was even lit. By the mid-90s, that same perestroika rock movement had died out.

Of course, some rock bands remained, some new ones appeared, and of course they played new pages of Russian rock, but the atmosphere of forbidden apartment houses, romance of electric trains and sentimental protest against the existing reality remained in perestroika forever .. .

& quot; Rock in the Union: 60s, 70s, 80s '', M .: Art, 1991 - the book is unique because it was written by a direct participant in those events and in relative time proximity to the described events - 1991. By the will of fate, Troitsky really was personally acquainted with many musicians of those years, so reading his memoirs is quite interesting despite the fact that the book is written in understandable language, is divided into logical chapters and, in general, is not just a chronicle of the history of rock, but an attempt to comprehend the processes themselves and the reasons that gave rise to them.

& quot; Rock music in the USSR: the experience of the popular encyclopedia & quot;, M .: Kniga, 1990 - an alphabetical directory of Soviet rock groups. The book describes the creative paths of both well-known and now unfamiliar groups, moreover, existing not only in Leningrad, Moscow and Sverdlovsk, but also throughout the USSR. So staunch fans of the Magadan `` Eastern Syndrome '', which existed in the 80s, this edition is simply necessary. In addition to describing bands, this guide contains interpretations of rock-related concepts such as, for example, `` bard rock '', `` underground '' etc.

Alexey Kozlov's book "Rock: Origins and Development". Like Artemy Troitsky, Alexey Kozlov is directly related to music. In the late 70s, he created the jazz-rock ensemble Arsenal. The book describes well the causal relationships of the emergence of certain musical phenomena, including even economic and political aspects.

Documentary "Rock", 1987 dir. Alexey Uchitel (not to be confused with Alexander Shkolnik). The film is slightly prolonged, but on the whole it quite vividly conveys the atmosphere of those years. In the film, you will see Tsoi working in Kamchatka, Grebenshchikov's stories about life, Nevsky 80s, and a thrash concert in the zone.