One of the last nail in the coffin of the Soviet economy was the Monetary Reform of 1991, which was held by the Prime Minister of USSR Valentin Pavlov.

On January 14, 1991, Valentin Pavlov, previously the president of the All-Union Economic Society, was appointed to the post of Chairman of the USSR Government. 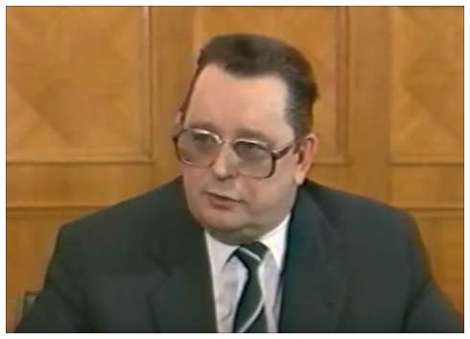 Having previously held the post of Minister of Finance of the USSR, Pavlov has already worked out various options for withdrawing the "excess money supply."

By 1991, on the wave of cooperation, a small stratum of citizens with significant sums of money had already formed. At the same time, in the conditions of a commodity deficit, when there is generally not much money to spend on the population, a huge amount of money was on hand that could not be bought. Those. salaries are paid regularly, but the store shelves are empty and it is not always possible to spend your salary.

In an interview for the Vremya program, commenting on the need for reform, Valentin Pavlov noted that, in his opinion, the 50 and 100 ruble bills are "the most important element of the shadow economy" since they serve money circulation in non-transparent spheres of the economy.

At the same time, according to the estimates of the Chairman of the Government of the USSR, the denominations of 50 and 100 rubles accounted for "more than a third" of the banknotes in cash circulation. The declared goal of withdrawing cash from circulation is to reduce inflation, as well as a blow to the shadow economy. However, in practice everything turned out differently. 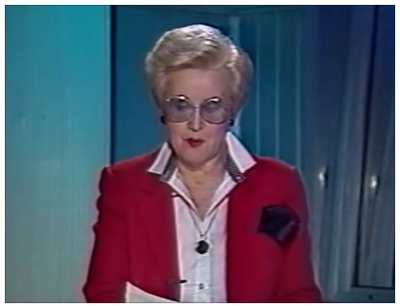 The Reform was announced on January 22, 1991, in the evening on the Central Television of the USSR, in the program "Vremya" ("Time").

The "Vremya" program ran at 21 pm, so there was about 2 hours to spend the 1961's biils, buying tickets, for example. Here is what the "Izvestia" newspaper reports on January 23, 1991: “Immediately after the message on the "Vremya" program, as eyewitnesses say, impatient citizens rushed to the central telegraph office to process postal orders, to the train stations to the cash desks, where they bought whole wagons "1 There were other tricks as well, like changing money from taxi drivers who did not yet know about the Decree.

The time interval in which it was allowed to exchange money was extremely short and inconvenient (3 working weekdays, from Wednesday to Friday). Naturally, not everyone was able to exchange their savings. Thus, in the stampede at the cherished windows of the savings banks, the population has lost part of their funds which were saved as a reserve. It was possible to exchange 50 and 100 banknotes only at work and only to employees of these enterprises. The exchange process itself was held by special formed commissions. These commissions were to be formed from the very same employees of the enterprise from "representatives of the management, financial and accounting services, trade union committees, councils of labor collectives." A very important limitation was the maximum amount for an exchange - "In this case, the size of the exchange cannot exceed 1000 rubles per worker."2 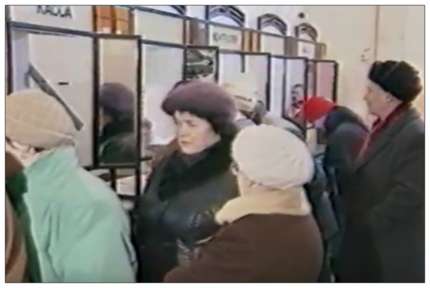 In addition to complaints related to the practice of bills exchanging, there were questions about the goals of the reform. The Pavlov's reform was designed to remove the surplus money supply from circulation. As a result, 14 billion cash rubles were withdrawn from circulation, but another result of this reform was falling confidence in the Soviet monetary system. 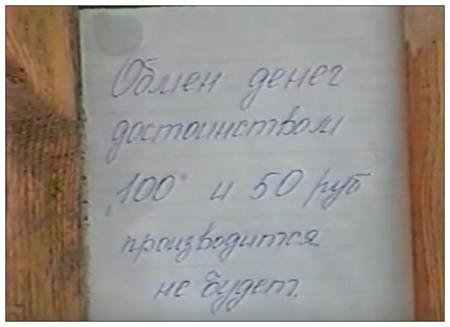 The panic caused by the urgent bills badly affected labor discipline. It is understandable - people were quite rightly worried about the future of their savings and work process faded into the background.

Due to the subsequent emission, the Valentin Pavlov's reform did not lead to a decreasing of the money supply.