Anti-alcohol campaign in the USSR during perestroika

On one day, May 17, 1985, the lives of millions of Soviet citizens took an unexpected turn. The newspapers published a decree of the Presidium of the Supreme Soviet of the USSR `` On strengthening the fight against drunkenness and alcoholism, the eradication of home brewing ''

At the same time, the law affected not only those who like to drink, but other categories of people who are completely indifferent to alcohol.Because of the weak solvency of the ruble and the total deficit of the economy of the late USSR, the bottles of alcohol became, in fact, the second informal currency ("so called liquid currency") It should be said, that the famous anti-alcohol campaign in 1985 was not the first attempt to limit alcohol consumption in the USSR. In 1972 an anti-alcohol campaign was also carried out 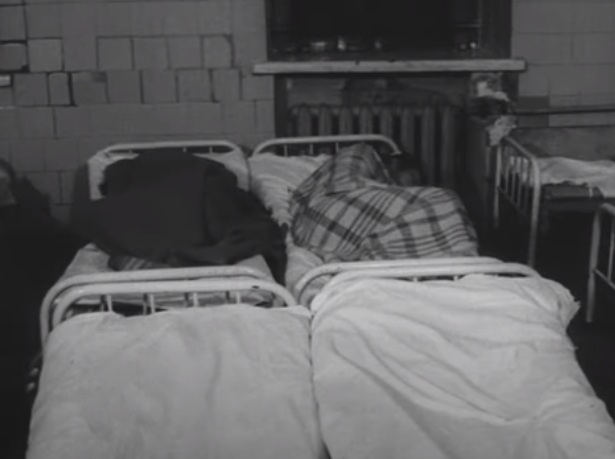 Soviet drunk tank in 1981 (The cell for accommodating drunk pepele)

However, if the 1972 campaign did not set itself the goal of completely eradicating alcohol, then the Perestroika campaign was more radical, in 1984 alcohol consumption in the USSR reached 10.5 liters. pure alcohol per capita per year.

During the campaign, many liquor stores were closed and the survivors were imposed a strict sales time frame from 2:00 pm to 7:00 pm. A similar measure was reflected in folklore as a ditty: `` At six o'clock the rooster sings, at eight - Pugachev, the store is closed until two - Gorbachev has the key. ''

Although the decision not to sell vodka after 7 pm was made even earlier, under Brezhnev. Then they joked that the `` Semites '' - these are those who managed to buy vodka before seven, and `` anti-Semites '' those who did not have time.

Now that huge queues have formed as a result of the closure of liquor stores, the saying “perestroika, perestroika, you wait for vodka” has become popular. However, at any time, alcohol could be purchased from taxi drivers who sold alcohol out of the trunk. As a rule, the password in such a situation was a question to the taxi driver: “Do you have any books?

About the new secretary general, by the way the first of the secretaries general, who brought his wife out of the shadows, they said: “It's good that Gorbachev is not impotent, but only a teetotaler” and Lemonade Joe, after the film of the same name, which promotes a non-alcoholic lifestyle.

At the same time, Soviet films containing scenes of drinking alcohol were prohibited

The official communist newspapers printed "letters from grateful readers" approving "the policy of the Party and Government in the fight against alcoholism" and even requiring "strengthening measures".

For example, a member of the primary cell of the Sobriety Society of the Computing Center of the Siberian Branch of the USSR Academy of Sciences (and such titles really existed) someone I. Lobarev wrote that `` even a slightly drunk communist, especially the leader is not has the right to conduct anti-alcohol propaganda.” In the newspaper heading 'lines from letters' there were various arguments.

Contrary to expectations, the campaign did not reduce the volume of home brewing, but rather strengthened it. As a result, sugar necessary for home brewing disappeared from store shelves, which led to the introduction of sugar cards. The number of poisoning by all kinds of surrogates has also increased. Starting from the famous Seconds wiper and ending with glue BF (weasel. & quot; Boris Fedorovich ').

At the same time, in the Crimea, Moldova and Transcaucasia, the felling of vineyards, necessary for the production of wines, including collection ones, began. There was even talk of destroying the Massandra wine cellar, which stored wine samples more than a century ago.

It was planned by 1987, namely, by the 70th anniversary of the October Revolution, "to completely stop the production of fruit and berry wines." Unable to withstand the destruction of his life's work, the director of the Magarach Wine Institute committed suicide Pavel Golodriga.

If we talk about the scientific side of the matter, then in the same 1985 the organization of the All-Union Scientific Research Center for Medical and Biological Problems of Prevention of Drunkenness and Alcoholism was created. And in 1988, with the participation of the leaders of the created center, the journal `` Problems of the History of Narcology '' was organized, which is still being published.

Overall, in terms of dry statistics, the campaign produced short-term positive effects. Usually they talk about an improvement in fertility, an increase in the life expectancy of men by 2.6 years.

According to some reports, the anti-alcohol campaign has caused a 20% reduction of drunk injuries and a 30% reduction of traffic collisions. However, this campaign was unable to solve serious, deep problems which were the base for such consumption.

In 1987, the Perestroika anti-alcohol campaign has been stopped. In addition, by 1987, oil prices fell and the Soviet budget became "poorer". Alcohol excise taxes should have somehow filled it.